Sorry, this entry is only available in Italian.

On the occasion of the 20th edition of The Nights of Archaeology, the Archaeological Museum of the Sienese Chianti organizes on Saturday, July 18th at 6.30 p.m. an event called Etruscan rituals at sunset in Piazza del Comune.

According to the history narrated by the roman historian Livy, it were the Etruscan dances that appeased the wrath of the Gods manifested in the plague that struck Rome in the IV century B.C.
A show danced by La Vita Nova – group of historical dances of Siena to reopen the summer season with a good omen.

At the end, a toast of Chianti wines offered by Associazione Viticoltori di Castellina in Chianti. 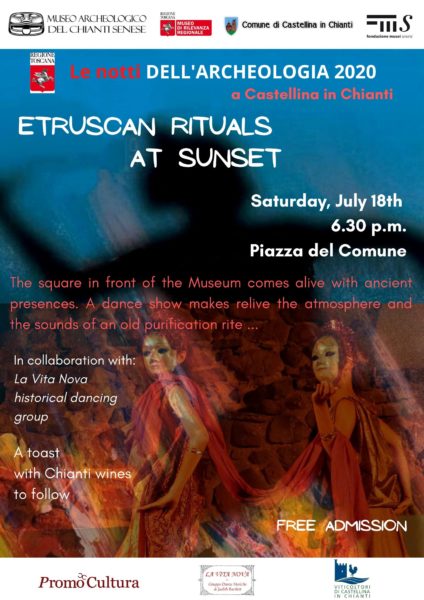