Sunday, July 11th, 6 p.m. opens the archaeological exhibit Etruscan Princes of Chianti.
The exhibition gathers precious grave goods recovered from the Etruscan aristocratic tombs of the region. The artifacts illustrate the habits of the Etruscan elite dominating the area from the end of the 8th century B.C. until the 6th B.C. and highlight the existence of an extended network of cultural relations characterizing these groups. The objects, displayed for the first time to the public, come from the necropolis of Bosco Le Pici, the chamber tomb in Macialla and the burial ground of Casa Rosa al Taglio, a locality on the southern outskirts of Castellina in Chianti. The latter archaeological project – which took place in 2017 and 2018 – was conducted with the partnership of the University of Siena and saw the involvement of the local community, whose Administration was granted the excavation permit. 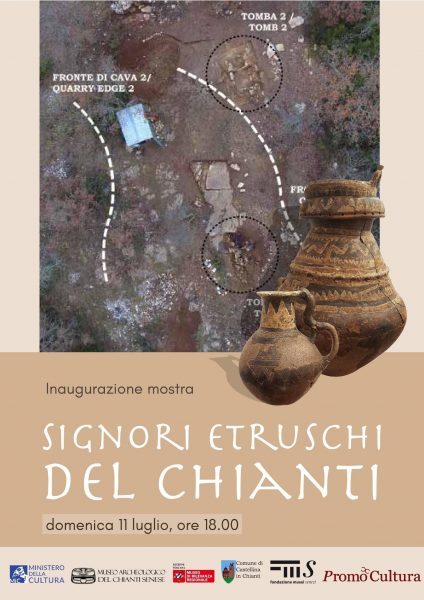